NITI Aayog member (health) V.K. Paul on Tuesday said a third wave of COVID surge is being witnessed across the world, adding that it is time to be very vigilant.

India needs to be responsible and not allow the COVID numbers to rise. The world is witnessing the third wave of COVID cases and we have to join hands to ensure that the third wave doesn’t hit India. Prime Minister Narendra Modi on Tuesday clearly said that we should focus on keeping the third wave at bay instead of discussing when it could come in India,” Dr. Paul said at the Health Ministry press conference. He cautioned that irresponsible behaviour could cause the COVID numbers to rise again in India.

Giving details of the COVID cases in India, Health Ministry joint secretary Lav Agrawal noted that 50% of the new COVID cases were being reported from Kerala and Maharashtra.

“We would request everyone to take the surge across the world of COVID cases seriously. When we talk about the third wave (of COVID-19), we are talking about it as a weather update and not understanding its seriousness and our responsibilities associated with it,” the official said.

He added that the Centre has deputed teams in eleven States to help state governments.

“Besides northeastern States, the teams have been sent to Maharashtra, Chhattisgarh, Kerala and Odisha, as they were reflecting a growth trajectory. Also a surge in cases is being noted in some States, like, Manipur, Mizoram, Tripura, Arunachal Pradesh. Similarly, there are some States, where cases have come down but are still being witnessed in the form of plateau,” he said.

The Health Ministry releasing details of the ₹23,123 crore “India COVID 19 Emergency Response and Health Systems Preparedness” noted that the country is now looking at augmenting its hospital bed capacity and 20,000 ICU beds will be provided in public healthcare system with 20% pediatric ICU beds.

“We are also working at creating paediatric units in all 736 districts and establishing paediatric centres of excellence in each State and Union Territory, for providing Tele-ICU services, mentoring and hand-holding to the District Paediatric units,” said Mr. Agarwal. 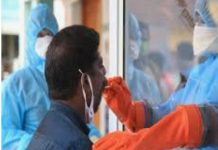 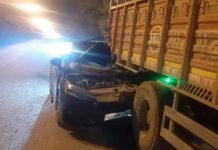 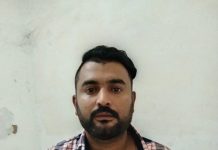