Serum Institute of India (SII) will be producing atleast 300 million doses of Sputnik V a year, with the first batch of the Russian vaccine against Covid-19 from its facility likely to be rolled out in September.

These details emerged with the Russia’s sovereign wealth fund RDIF on Tuesday announcing a collaboration with the vaccine maker to manufacture Sputnik V for the India market as well as to exports to several countries.

“We have reached a partnership agreement with Serum Institute of India to manufacture Sputnik V,” Russian Direct Investment Fund CEO Kirill Dmitriev said in a media briefing from Moscow. The process of technology transfer to Serum was underway for the last three months and the firm is expected to release the first batch of the vaccine in September.

As part of the technical transfer process, SII has already received cell and vector samples from Gamaleya Center, the developer of Sputnik vaccine. “With their import approved by the Drugs Controller General of India (DCGI), the cultivation process has begun,” RDIF said in a statement.

Serum Institute of India CEO Adar Poonawalla said “we hope to make millions of doses in the coming months with trial batches starting in September. With high efficacy and a good safety profile, it is critical that the Sputnik vaccine is accessible in full measure for people across India and the world.”

India is set to emerge as a leading production hub for Sputnik vaccine. RDIF’s partnership with Serum follows similar agreements it has got into with a clutch of other vaccine makers in India, including Hetero Biopharma, Gland Pharma, Panacea Biotec, Stelis Biopharma, Virchow Biotech and Morepen, to manufacture around 850 million doses a year of the vaccine.

Many of the companies have either started manufacturing or do so in the next 1-2 months, Mr. Dmitriev replied to queries on when is the commercial launch of Sputnik V likely.

Pharma major Dr.Reddy’s Laboratories, the marketing partner of RDIF in India, had announced a soft pilot launch of the two-dose Sputnik V in May from Hyderabad. On Tuesday, Dr.Reddy’s said “neither the ongoing soft commercial launch nor work towards its ramp-up in India have been put on hold.” 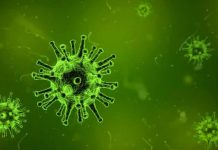 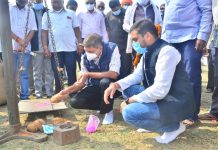 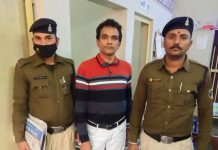