Apart from the glitches that are causing a slowdown in the vaccination drive, there are a lot of fake CoWIN apps that are showing up on app stores. The official, government-approved CoWIN app hasn’t been released for the general public, and is available only for frontline healthcare workers and beneficiaries so far.

Advocate and cybersecurity expert, Prashant Mali has come across cases where fake CoWIN app makers are defrauding people. “These apps get launched with various names and are on the app stores until they are taken down. In many cases, once the victim is compromised via social engineering via the phone, an APK file named ‘Cowin’ is sent to them.” Details such as Aadhaar card, driving license details, PAN number and bank passbook are requested on these fake apps, which are then used to commit fraud. “Once the victim falls for the scam, PIN number is also requested,” said Mali.

At the time of writing, there were two apps on the Google Play Store which have the name ‘Cowin’, but they are not related in any way to the government-approved CoWIN app.

The official CoWIN app will have the national symbol and you should cross-check that app on the MyGov.in website, or with your local doctors. “There is no official app yet. If anyone comes across fake apps, they should call on 1075 which is a 24×7 call centre for vaccination and CoWIN software queries,” said Mali.

Sugathan notes that fake CoWIN apps are definitely a cause for concern and recommends the utmost caution against them.

“We had seen this with Aarogya Setu as well. Those fake apps were able to make phone calls, record videos and calls. They can also be spyware in disguise,” said Sugathan.

So far, there have been no reports of the CoWIN glitches causing anything other than a slowdown in the COVID-19 vaccination process. The Maharashtra government resumed its vaccination drive from 19 Jan and authorities claim that the issues they had raised seem to be resolved for now. Even in Haryana, while minor issues were observed, vaccination carried on.

Until the source code of the CoWIN app is open to the public, it will be difficult to ascertain the causes behind these issues. As long as the vaccination drive doesn’t come to a grinding halt, it looks like these glitches will have to be dealt with as they come along. 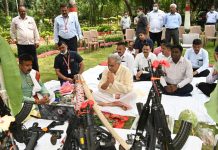 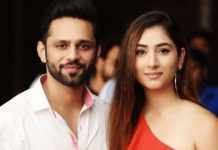