Green tea has been consumed in Asia for more than 3,000 years for its beneficial health qualities. Also enjoyed for its taste and stimulating effect, green tea has been primarily lauded for its potential medicinal benefits, including reducing the risk of cancer and stroke, improving brain function, and so much more.

Green tea may improve your brain function, make you smarter, and enable you to think quicker. It provides your body with the amino acid L-theanine, which may reduce anxiety.

The beverage contains less caffeine than coffee but has enough to keep you awake and improve brain function. People with a sensitivity to caffeine might opt for decaffeinated green tea instead.

Green tea may protect your aging brain by reducing your risk of getting Alzheimer’s disease or Parkinson’s disease. A laboratory study found the drink can protect against the nerve cell death associated with dementia and Alzheimer’s disease. Meanwhile, other research demonstrated a link between the polyphenols contained in green tea and nerve regeneration.

Some studies have shown that green tea may help your body burn fat and boost your metabolic rate.One study showed fat oxidation increased by 17 percent.

There have been hundreds of studies reviewing the effect of green tea on cancer, mainly as a preventive agent. However, it may potentially be used as a medicine to treat cancer as well. Many studies support the belief that the catechins (antioxidants also known as flavonoids) found in tea may prevent tumor formation.

Studies have been conducted regarding specific types of cancer as well:

Additionally, a meta-analysis of studies found women who drank a lot of the tea had a 22 percent lower risk of developing breast cancer, the most common cancer in women.

Prostate Cancer : One study found that men who drank a lot of green tea had a 48 percent lower chance of developing the most common type of cancer in men—prostate cancer.

Colorectal Cancer : A study of over 69,000 women in China found that regular green tea drinkers had a 57 percent lower risk of colorectal cancer which can form in the colon, rectum, or bowel.

Drinking green tea may help to lower cholesterol. A review that involved 821 people found that if you drink green tea or black tea on a daily basis it may help cut down your cholesterol and lower your blood pressure due to the catechins in the tea.

A study in Japan found that those who drank a lot of green tea had a 42 percent lower risk of developing Type 2 diabetes.This disease, which affects approximately 300 million people, results in elevated levels of blood sugar and a reduced ability to produce natural insulin. Green tea may improve insulin sensitivity and reduce blood sugar levels.

Green tea is potentially good for your teeth. The catechins in green tea can kill bacteria and can also reduce the chance of catching the influenza virus.

Drinking this tea may have skin benefits, too. Its antioxidant and anti-inflammatory properties can help with wrinkles and the signs of aging. Human studies have shown green tea applied topically can reduce sun damage.

How Much Should You Drink?

Opinions vary about how much green tea you should consume daily. The reality is one cup of green tea is probably not enough to affect your health. Some studies suggest two cups of green tea will show benefits, while others say five or six is best.If you’re concerned about making as many trips to the bathroom as that level of consumption would necessitate, you could add a green tea supplement to your diet instead.

Generally speaking, the benefits of green tea seem to outweigh the risks. However, this beverage may not be for everyone; it can have a few side effects. Green tea contains tannins that can decrease the absorption of iron and folic acid. So if you are pregnant or trying to conceive, green tea may be less than ideal.

Another potential negative is a higher risk of osteoporosis since the tea tends to flush calcium from the system when consumed in large amounts. Other side effects include jitteriness and maybe an upset stomach if you’re sensitive to caffeinated drinks. 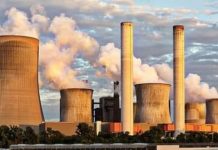 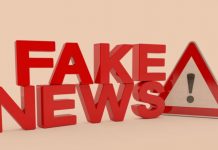 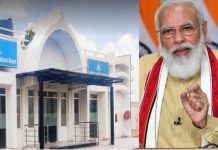