Home Health ‘Coronil’ Is Not A Secret Medicine, Patanjali’s Response To IMA

New Delhi: The Patanjali Research Foundation Trust said that the ‘Coronil‘ is in no way a secret medicine.

In a fact check response to the Indian Medical Association (IMA) on Coronil, Acharya Balkrishna, the MD of Patanjali Ayurved Ltd, shared a press release on his social media platforms.

It said, “Coronil is an evidence-based medicine with the integration of scientifically validated research evidence under pre-clinical and clinical expertise. The composition of this medicine has been disclosed to public-at-large, and has been thoroughly reviewed and scrutinized by the competent licensing authorities.”

“In fact, the contents of Coronil are clearly described on its packing, as per the regulatory requirements. Therefore, Coronil is in no-way a secret medicine, as portrayed by IMA officials; stating such vague and erroneous statements is absolutely incorrect and should be withdrawn forthwith,” it added.

#Coronil has been awarded the CoPP licence as per #WHO-GMP. Ayurveda has moved to the world-stage, for #COVID-19 pandemic. Opponents of Ayurveda are panicked.
Find the truth.. Facts check response to #IMA on Coronil. https://t.co/yF5aSBLu7m pic.twitter.com/ESGDtHLhxj

The Patanjali Research Foundation Trust also said such statements are clearly an affront to the ancient practice of Ayurveda and the practitioners thereof.

“Further such statements are contrary to the policy of the Government of India to facilitate the growth of nature-based medicines through its respective Ministries, as well as the regulatory bodies,” the Patanjali Research Foundation Trust stated.

The co-founder of Patanjali Yogpeeth Haridwar, Acharya Balkrishna, said that Coronil has been awarded the CoPP licence as per WHO-GMP.

“Ayurveda has moved to the world stage, for COVID-19 pandemic. Opponents of Ayurveda are panicked,” Acharya Balkrishna wrote.

The Patanjali Research Foundation Trust’s statement also read, “In the press conference held on February 19, 2021, honourable Health Minister Dr Harsh Vardhan jee communicated about the integration of Ayurveda with the national healthcare system, which was in-line with recent initiatives of WHO, as stated by Dr Tedros Ghebreyesus. Our honourable Health Minister never undermined modern medicine, rather his presence in the vent showed his sincere efforts as a health minister to provide acceptability to another form of medical systems. We cannot help but observe that remarks made by officials of IMA (Indian Medical Association) were uncalled for to the state the very least, rather than reflecting sincere concerns for the holding of certain medical beliefs.”

They added, “We have shared all of our research data with Ministry of Ayush, Government of India. The ministry has approved and categorically agreed for Coronil as medicine for COVID-19 management.”

This is to be noted that the Indian Medical Association (IMA) had demanded an explanation from the Union Health Minister Dr Harsh Vardhan for promoting Patanjali’s Coronil Ayurvedic medicine.

On Monday, the IMA released a statement and said, “Being a Health Minister of the country, how justified is it to release such falsely fabricated unscientific product to people of the whole country and how ethical is it to promote the product in unethical, wrong and false ways.”

“Let us not adulterate Ayurveda on the pretext of market gain to some monopoly corporate and create a disaster for humanity,” the IMA added.

The IMA also said that it will write to National Medical Commission for seeking Suo moto explanation for the blatant disrespect to the code of conduct of the Medical Council of India.

“It was claimed by Baba Ramdev along with Health Minister that the said Coronil Ayurvedic medicine has got WHO certification. This has been clearly denied by WHO in an official tweet. The said false and fabricated projection of an unscientific medicine by the Health Minister to the entire country and being rejected by WHO is a slap and insult to the people of the country,” the IMA added.

This came after the World Health Organization (WHO) clarified that it has not reviewed or certified the effectiveness of any traditional medicine for the treatment of COVID-19.

The WHO said, “WHO has not reviewed or certified the effectiveness of any traditional medicine for the treatment COVID-19.”

Patanjali had introduced THE Ayurveda-based Coronil in June 2020, when the coronavirus pandemic was at its peak. 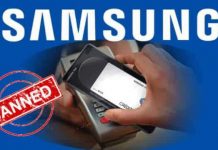 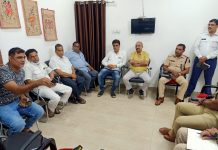 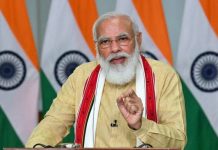