OP Mishra, joint commissioner of EOW, said, “Citibank after its internal audit filed a complaint with Economic Offences Wing regarding identification of 36 customers who got the saving accounts opened in different names and address.”

During investigation, the police found that while getting IDs made all the accused had changed their facial appearances by either keeping a beard or by shaving it off. They also got the IDs prepared by using different surnames by the same persons.

The police took the Original Account Opening forms and the KYC details among other documents.

Modus Operandi of the Gang

The accused impersonated fake details like different surnames, date of birth, parentage and address on fake PAN cards, Voter IDs and Aadhaar cards. They opened the accounts in different banks on the basis of these fake IDs to procure credit cards from banks.

They would then use these credit cards for jewellery and other costly items.

“The accused persons had their own swiping machines and they further misrepresented to banks that credit cards were swiped but payment could not credit and got credited provisional payments from the banks,” said Mishra.

The gang members also took loans on these credit cards and absconded by changing their addresses.

The gang had procured 31 fake PAN cards, 18 fake Aadhaar cards and 30 fake voter IDs used to get accounts opened in banks and get debit/credit cards and cheque books.

According to police, most of the accused are undergraduate except Kawal Raj who is the only graduate in the gang. All the female accused are homemakers.

“Accused Manish, after facing loss in his business in 2012-13, got involved in various criminal activities. He is the mastermind behind the entire conspiracy and was instrumental in arranging fake government IDs from one Umesh and Ravi Sachdeva,” said Jt CP Mishra.

Mishra also said that Manish used the photo of his family members to create different identities with different names and address. These fake IDs were used to get credit/ debit cards from different banks. After availing the limit, he would not pay the money to the banks.

As the fake IDs were used to take loans from the banks, the bank officials were unable to track them. 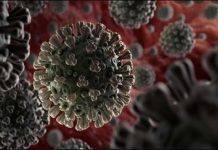 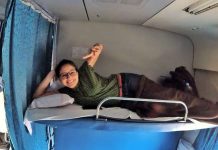