Raipur, 17 November 2020/Chief Minister of Chhattisgarh Bhupesh Baghel today met Union Petroleum, Natural Gas and Steel Minister Dharmendra Pradhan in New Delhi and urged him to give permission for production of bio-ethanol from surplus paddy purchased from the farmers of the state in addition to FCI. He also demanded increase in the quota of Kerosene oil in the forest areas.

During the meeting, Chief Minister Bhupesh Baghel said that nearly 80.38 lakh metric tons of paddy was procured in the Kharif marketing year 2018-19 in Chhattisgarh and 83.94 lakh metric tons of paddy in 2019-20, which resulted in surplus production of rice, thus exceeding the required quantity of rice for the central pool and the state pool under the public distribution system. The state was forced to take additional quantity of rice by milling surplus paddy.
He informed the union minister that state government has made necessary provisions in Chhattisgarh’s Industrial policy 2019-24 for setting up ethanol plants. Chhattisgarh has requested for permission to produce ethanol from about 6 lakh metric tonnes of paddy.
CM Baghel demanded permission for producing bio ethanol from surplus paddy purchased from farmers in the state, in addition to FCI. Chief Minister informed that an estimated 6 lakh tonnes of surplus paddy will be made available by the state government to ethanol plants for production.
Chief Minister Baghel drew union minister’s attention towards the requirement of more kerosene oil in forest areas and requested him to increase the quota of kerosene. Union Minister directed the officials for immediate action in the context. Union Minister gave assurances to fulfill the demands of CM Baghel with due consideration. 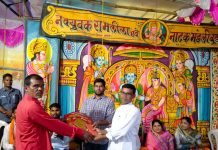 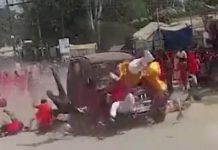