The Centre on Tuesday defended the 30-day public notice prior to registration of marriage under the Special Marriage Act and sought dismissal of a petition challenging the provision that requires authorities to issue the notice for invitation of objections under the law.

The Ministry of Law and Justice in a reply said the intention behind the Act is to keep adequate safeguards in “the interest of various parties” involved and if any person raises objection to the marriage within a period of 30 days, the marriage officer will not solemnise the marriage until he has inquired into the matter of objection.

“It may not be possible to verify the credibility of such person if at least thirty days period is not given as mentioned in Section 7 of the Act,” the government said in its reply to a court notice, adding that the procedure laid down in the Act for registration of marriage is “fair and reasonable”. The conditions relating to solemnisation of marriage under the law is in consonance with the intentions behind the Act, it said.

A division bench last year issued a notice to the Centre after hearing a petition filed by an interfaith couple, who said they stand directly affected and aggrieved by the procedure for registration of marriages under Sections 6 and 7 of the Act. Representing the petitioners, Advocate Utkarsh Singh had argued that the entire idea behind inviting objections for 30 days discourages interfaith marriages.

Under the Act, any person before the expiry of 30 days from the date of publication of notice by the marriage officer can object to the marriage on the ground that it would contravene one or more conditions mentioned in the law. 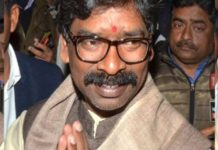 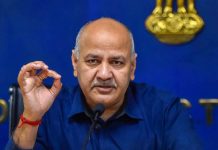